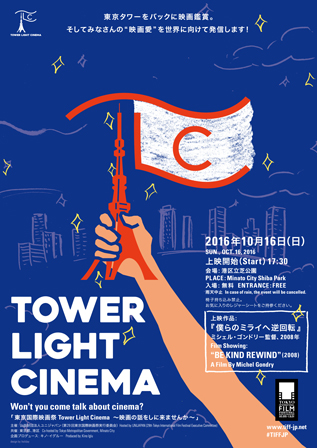 The film to be shown is BE KIND REWIND, “the Cinema Paradiso” of our generation directed by Michel Gondry. Participants can enjoy a film with Tokyo Tower in full view.
We hope that all participants who love films will be able to enjoy not only watching the film but also the event as a whole!


The 29th Tokyo International Film Festival will also hold other open-air cinema during the festival!