The film was screened as the international premiere as well as Special Gala at the Cambodia International Film Festival on March 8 in Phnom Penh, and as the opening film of the Sinag Maynila Film Festival on March 9 in Manila, Philippines. Directors and actors participated in the Q&A sessions following the screenings, and were greeted by warm applause from the audiences of a few hundred people. 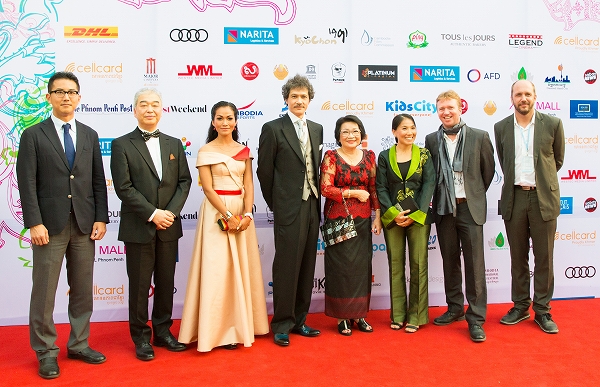 The Asian Three-Fold Mirror project was launched in 2014 as part of the collaboration between the Japan Foundation Asia Center and TIFF. The project aims to deepen interactions between neighboring countries within Asia, as well as to enrich cultural understanding and provide a chance for people to consider their identities and ways of life as individuals in Asia.

The directors selected for the second edition of the project, which is planned to be premiered in 2018, will be announced at the 30th TIFF, to be held from October 25 – November 3, 2017, at Roppongi Hills and other venues in Tokyo.

Sotho Kulikar (Cambodia; Director of Beyond the Bridge)
The reason that I chose the story about Khmer Rouge was that I always heard about the Khmer Rouge from the old generation but they never tell us about this story in detail. Every time they talked about this it reminded them about pain in the past. So the story has never been told properly. To make the young generation understand about what happened to our country and the people at that time, through film is the best way to calm people to sit and see what was happening. I also want to share the history with the young generation to understand their own history and not to be a shame to be Khmer.

Masaya Kato (Japan; Actor, Beyond the Bridge)
When I received this script for the first time, I didn’t know the Japanese bridge in Cambodia. So I was so impressed and really wanted to play the character because I could get opportunity to learn the history between Japan and Cambodia. Also this was the first time to work with Cambodian movie crews so it was a good opportunity to learn Cambodian culture and people for me. So I really enjoyed and learned a lot from this movie. 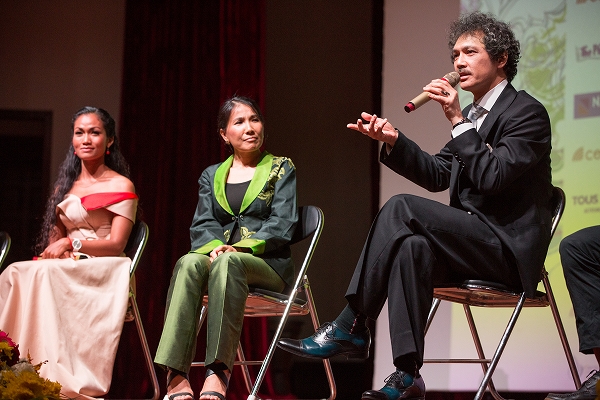 Chumvan Sodhachivy (Cambodia; Actress, Beyond the Bridge)
The reason I decided to play in the love scene is that I trusted the director and also Mr. Kato advised me how to do it smoothly. So I got confidence to play this role and I thought I am not myself but I am Mealea from the story. Of course, I felt so nervous.

The Japan Foundation Asia Center jfac.jp
The Japan Foundation is Japan’s principal independent administrative institution dedicated to carrying out cultural exchange initiatives throughout the world.
The Asia Center, established in April 2014, is a division within the Foundation that conducts and supports collaborative initiatives with its Asian—primarily ASEAN—counterparts. Through interacting and working together in Japanese-language education, arts and culture, sports, and grassroots and intellectual exchange, the Asia Center pursues to develop the sense of kinship and coexistence as neighboring inhabitants of Asia.
previous
Festival Director Takeo Hisamatsu to H...
2017.03.10 [Updates]
next
ASANO Wins Best Actor and Shin Godzill...
2017.03.22 [Updates]
Return to List of News
Daily News
Oct.25 - Nov.3, 2016