(January 11, 2017; Hong Kong/Tokyo) The Asian Film Awards Academy announced the nominations for the 11th Asian Film Awards (AFA) in Hong Kong today. For this edition, AFA received almost 1,600 submissions from 28 countries and regions. Seventy-three nominations were made for awards in 15 categories, representing 34 films from 12 countries and regions. Japanese films and talents were nominated in all 15 categories, including a Best Film Award nomination for Harmonium (Director: Koji Fukada).
*Full list of nominations. ⇒ PDF Download(709KB) 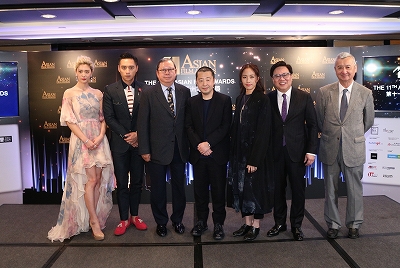 Dr. Wilfred WONG Ying-wai, GBS, JP, Chairman of the AFA Academy and the Hong Kong International Film Festival Society said, “The Asian Film Awards helped to bring the region’s major and iconic talents to Hong Kong and has given their work an international spotlight. This year, the Academy has developed various professional educational programs such as masterclasses, film festival visits for students, young professionals training programs and film roadshows around the globe. By doing so we help maintain Hong Kong’s role as one of the world centers for the creative industries. We are also delighted to bring the AFA back to Hong Kong in 2017 to celebrate the 20th anniversary of Hong Kong SAR.” 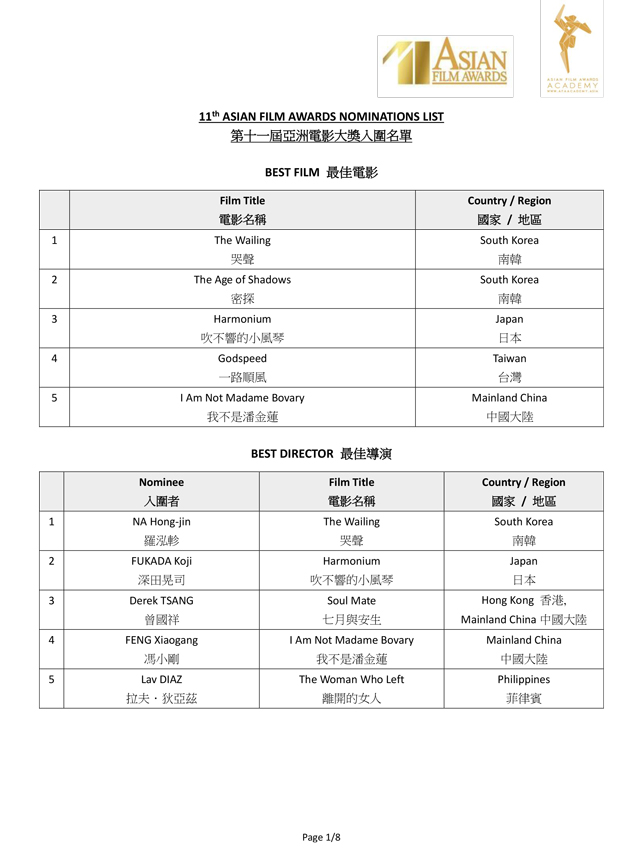 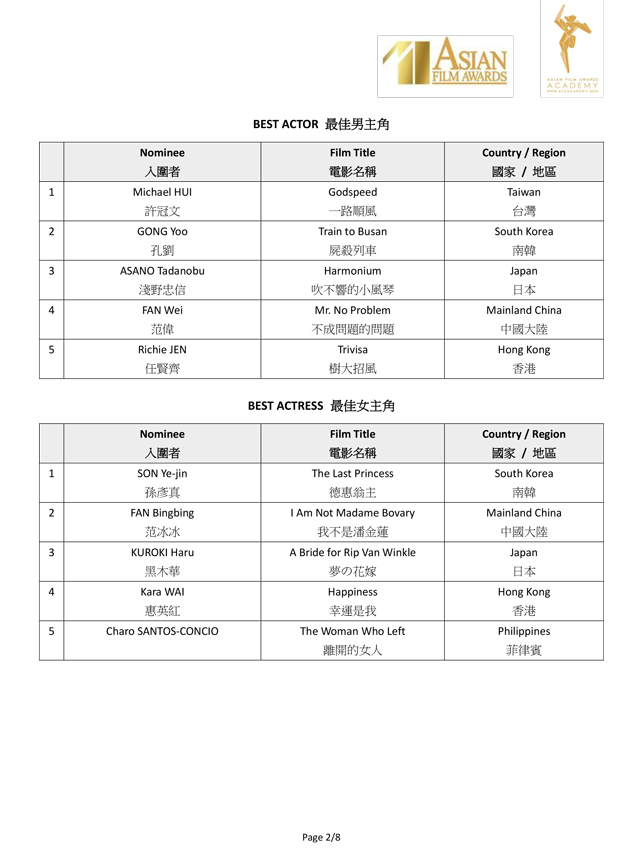 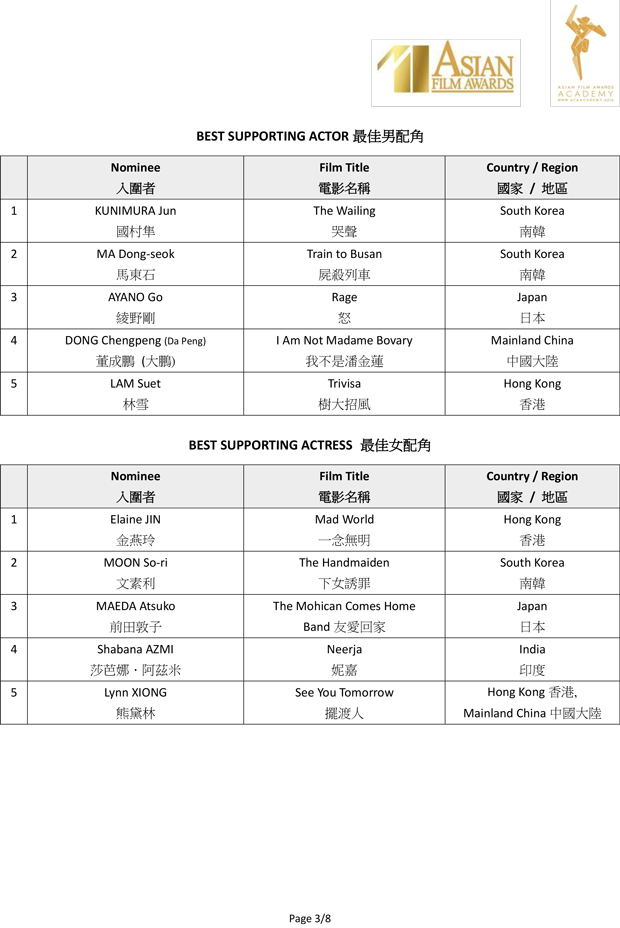 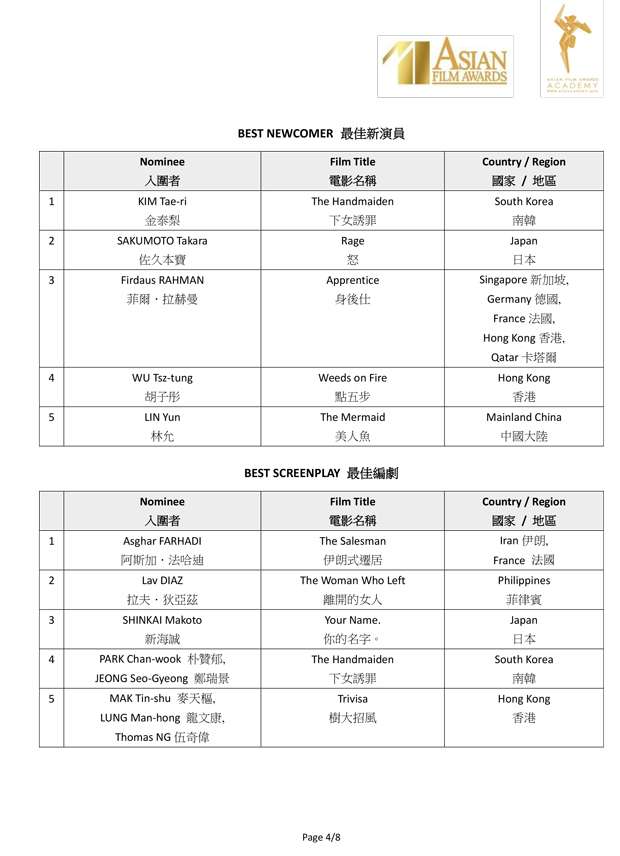 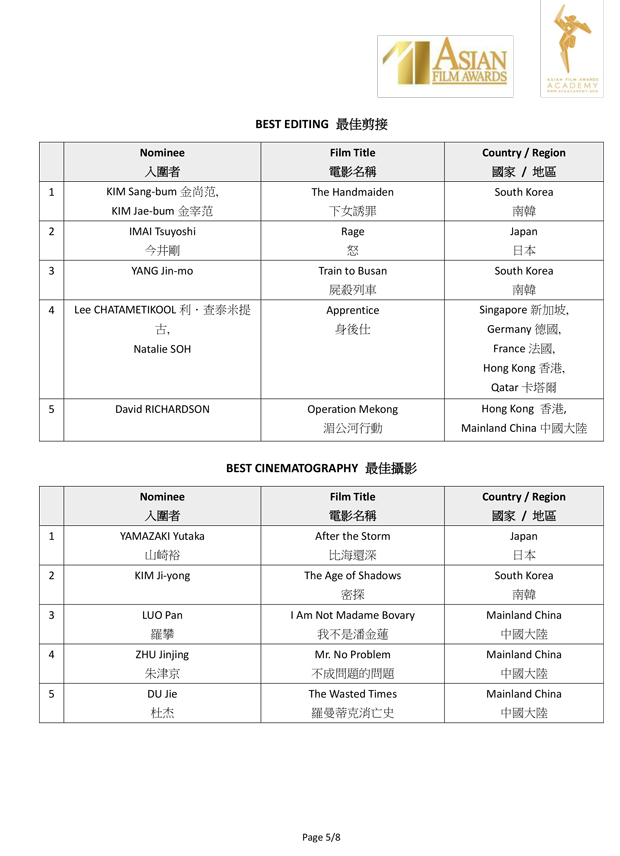 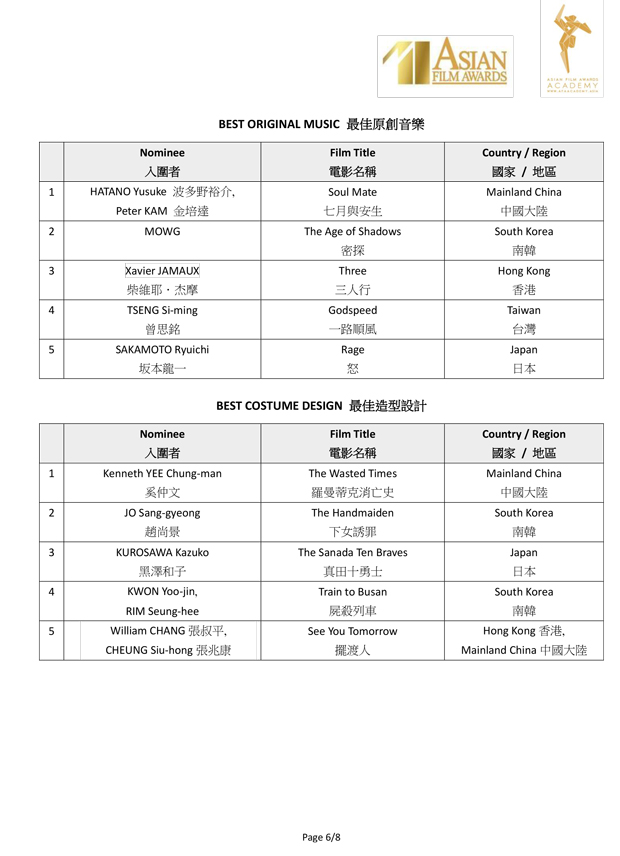 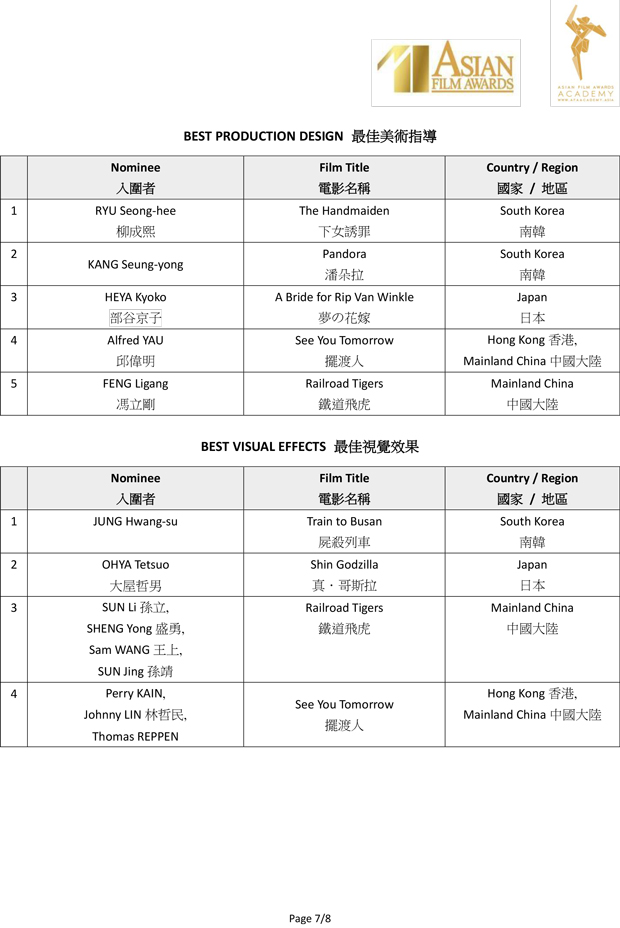 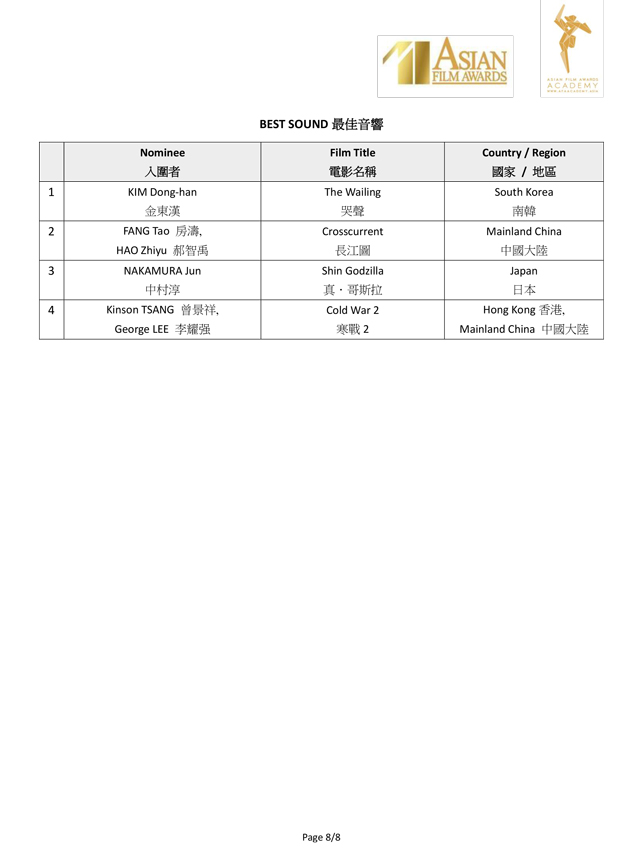 Asian Film Awards (AFA)
Inaugurated in 2007, the Asian Film Awards celebrates excellence in Asian cinema through the annual presentation of awards to talents and films that make up the dynamic film industries of Asia. Awards night is a spectacular gathering of stars, celebrities, industry professionals and the media that highlights and publicizes the year’s achievements in Asian movies.

Presented in Hong Kong in its first seven years, the Awards moved to one of Asia’s fastest growing entertainment hubs, Macau, in 2014 – one step closer to its long-term plan of being held in different Asian cities to reflect its broad reach across the entire region.
www.asianfilmawards.asia

In 2015, the AFA Academy launched events and activities including the Masterclass Series, Journey to the Fest, Asian Cinerama and Young Film Professionals Program to promote, educate, inform and develop knowledge, skills and interest in Asian cinema among the industry, students and audiences in Asia and beyond. The AFA Academy expresses the increasing global importance and creative strengths of Asian films and aims to unite the industries and talents of the fast-growing region.

Every year for ten days, filmmakers and film fans of all ages gather in Tokyo to enjoy outstanding films from around the world and TIFF’s many colorful events. These include TIFFCOM, the affiliated market of TIFF, seminars for students, professionals, and business people, and symposia and workshops for networking, uniting the world’s film industries, developing international co-productions, and the promoting global film business.
The 30th TIFF will take place October 25 to November 3, 2017.
tiff-jp.net
previous
Dates Set for the 30th Anniversary Edi...
2016.12.21 [Updates]
next
In memoriam: Seijun Suzuki, Director
2017.02.22 [Updates]
Return to List of News
Daily News
Oct.25 - Nov.3, 2016