Popular TV personality Ichiro Furutachi to be appointed as a guest benshi narrator for our Special Night Event at Kabukiza Theatre!

The Special Night Event at the Kabukiza Theatre returns for the third year as the highlight of TIFF’s Japanese Classics section.

This year, we will showcase Japanese silent classic Chûshingura with a traditional benshi narrator and Blood’s Up at Takata-no-Baba with a new style of benshi performed by “The Mad Chatter” Ichiro Furutachi.

As previously announced, there will also be an enchanting performance by kabuki actor Onoe Kikunosuke in the onnagata (female role) in dance masterpiece Sagi Musume (Heron Maiden).

Tickets will go on sale on September 27! 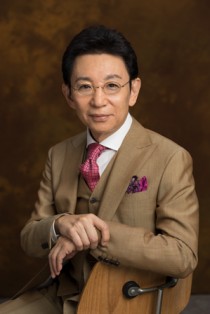 Furutachi joined TV Asahi as a presenter in 1977 and worked on “World Pro-Wrestling”, etc. establishing his own style in live reporting. He went freelance in 1984. Since then he hosted “Yoru no Hit Studio” and live reported “F1 GP” on Fuji TV, hosted Kōhaku Year-end Song Festival for three consecutive years on NHK, and anchored “Hodo Station” on TV Asahi for 12 years until this year.

Special Bento Meal Box:
One of the highlights of this event is a bento meal box containing an exceptional selection of delicacies. Offered at TIFF for the second year running, the tradition of enjoying a delicious bento while watching Kabuki has been popular since the Edo period.