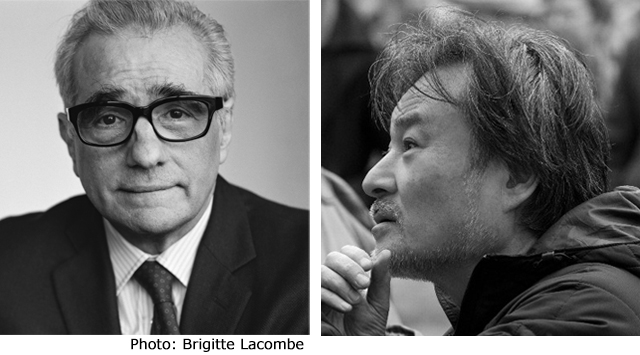 The Tokyo International Film Festival (TIFF) is pleased to announce that the recipients of SAMURAI Award for 2016 are Oscar-winning director Martin Scorsese (Silence, The Departed, Taxi Driver) and Cannes award-winning director Kiyoshi Kurosawa (Journey to the Shore, Tokyo Sonata, Cure). The SAMURAI Award, now in its third year, commends achievements by veteran filmmakers who continue to create groundbreaking films that carve paths to a new era in cinema.

The SAMURAI Award Ceremony will be held on November 3 (Thu), 2016 during the Closing Ceremony of the 29th TIFF. To commemorate the event, the 3rd SAMURAI Award Special Talk “In Person: Kiyoshi Kurosawa” will also be held on the same day. At this event, we will look back at Kurosawa’s outstanding career and discuss the many challenges he has faced during his journey in filmmaking.

Due to the director’s schedule, Martin Scorsese will not be able to attend the ceremony, but Kiyoshi Kurosawa will be present at the ceremony to receive the award.

3rd SAMURAI Award Special Talk: “In Person: Kiyoshi Kurosawa”
Date: November 3 (Thu), 2016, 11:00-12:30 (Doors open: 10:30)
Venue: Tower Hall, Roppongi Academy Hills 49F
Speaker: Kiyoshi Kurosawa
*The details of obtaining free tickets of the talk will be announced on this website.
Martin Scorsese
From his debut in the early 1970s, Martin Scorsese has been recognized as one of the most important and influential filmmakers of his generation. In 1976 he received the Palme d’Or at the Cannes Film Festival for Taxi Driver and in 2006 he won the Academy Award for Best Director for The Departed. He is passionate about the history of the industry in which he has spent his life, and in 1990 founded The Film Foundation, a nonprofit organization dedicated to the restoration and preservation of films. His latest film project, Silence, based on the novel by Japanese author Shusaku Endo, has taken 27 years to realize and is due to be released later this year in the US, and in 2017 in Japan.