Tokyo International Film Festival (TIFF) today announced that it has selected four recipients for its 2nd ARIGATŌ (Thank You) Award, honoring remarkable contributions to the Japanese film industry. Through this award, TIFF expects these four stalwarts of Japanese film to continue their successful careers and to make further contributions to the industry, as well as to increase their international recognition. We have called the award “Arigato” because the word is recognized globally.
The ARIGATŌ Award Ceremony will be held on November 3 during the TIFF Closing Ceremony.

ARIGATŌ Award Ceremony
Concept of the Award :
The award conveys our appreciation to film stalwarts who are exceptionally talented and have widely supported the film industry.

Profiles of the Recipients:
Makoto SHINKAI 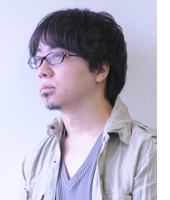 He appeared like a comet in the anime film industry, and his latest film, your name., became the biggest hit of this year, as well as a social phenomenon.

Born in 1973, Shinkai’s theatrical film debut, Voices of a Distant Star (02), for which he did nearly everything himself, sent shock waves through the anime community with its unique vision of the world. He then increased his staff to put out the critically acclaimed The Place Promised in Our Early Days (04) and 5 Centimeters Per Second (07), before scoring a smash hit with The Garden of Words (13). 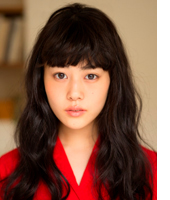 Charming audiences with her outstanding talent as an actress, her success in the future will bring bright hope to cinema.

Mitsuki Takahata was born in Osaka in 1991. At the age of 13, she debuted in the starring role of theater production “Playback Part 2: Okujo no Tenshi” (05). She went on to star in the stage musical “Peter Pan” for six years (07-12). In 2013, she earned accolades for her role as the stepsister of the heroine on NHK’s drama series “Gochisosan.” She starred in this year’s romantic megahit, Evergreen Love (16), and appeared in both Rage (16) and Japanese Girls Never Die (16), which was selected for the 29th TIFF Competition section. She is currently starring in the NHK series “Toto Nee-Chan: Fatherly Sister,” playing Tsuneko Kohashi. She will soon be seen in the play “My Name is Shingo” (December, 16) and “Elektra” (April, 17), and will be voicing the main character in the anime film Napping Princess: The Story of the Unknown Me (March, 17). 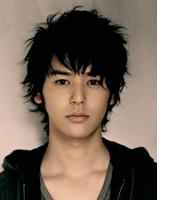 Honoring his acting achievements in a wide variety of films, he plays an indispensable role representing the film industry.

Satoshi Tsumabuki was born in Fukuoka in 1980. He made his film debut in Waterboys (01), for which he earned both a Best Actor and Newcomer of the Year Award at the 25th Japan Academy Prizes. He has continued to receive awards for his work, including a Kinema Junpo Best Actor Award for Josee, the Tiger and the Fish (03), and a Japan Academy Prize for Best Actor and a Blue Ribbon Award for Best Actor for for Villain (10/directed by Sang-il Lee). He starred in NHK’s Taiga Drama “Tenchijin” in 2009. Other film highlights include My Back Page (11), Tokyo Family (13), The Little House (13), The Vancouver Asahi (14), The Assassin (15), What a Wonderful Family! (16), The Magnificent Nine (16) and Rage (16). He will be seen in Museum (16), Okuda Tamio ni Naritai Boy and Deau Otoko Subete Kuruwaseru Girl (17) and Traces of Sin (17), among others. 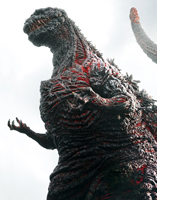 One of the world’s best-known characters for over 60 years, this Japan-born phenomenon will continue his ascent both locally and internationally.

An iconic character that first appeared in Godzilla (released November 3, 1954), it continued to star in a total of 29 Toho produced films, garnering an audience of over 100 million in Japan. After 12 years of dormancy since the last Toho production, it returned in Shin Godzilla (released on July 29, 2016) bringing more than 5 million audience members s to the theatre, to record the largest number of admissions in the Heisei series. While the size, expression and powers may differ according to film, it remains the most indestructible monster. Known as “King of the Monsters” internationally, its recent Hollywood reboot has multiple sequels being planned. The franchise has been recognized by the Guinness World Records as the longest continuously running film series in the world and its name had been engraved in Hollywood Walk of Fame, the first and only character from Japan.