As one of the Asia-focused film culture exchange initiatives between the Tokyo International Film Festival (TIFF) and the Japan Foundation Asia Center, CROSSCUT ASIA series showcases Asian films with a focus on particular countries, directors, actors or themes. Following the first and second edition, which featured Thailand and the Philippines respectively, the third edition’s focus will be on Indonesia, a country whose cultural diversity is unparalleled.

The section will feature works from numerous young filmmakers who richly portray themes relevant to modern society, such as religion, ethnicity, gender and various forms of love. During the festival, we will invite many directors and actors as our guests and hold interactive programs such as Q&A session and symposium in concert with the screenings. More information about line-ups and schedule will be available soon on this website!
29th Tokyo International Film Festival Announces Lineup for CROSSCUT ASIA #03: Colorful Indonesia 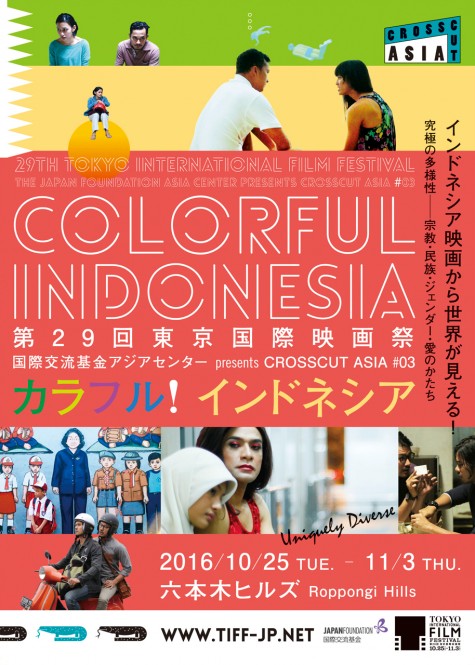 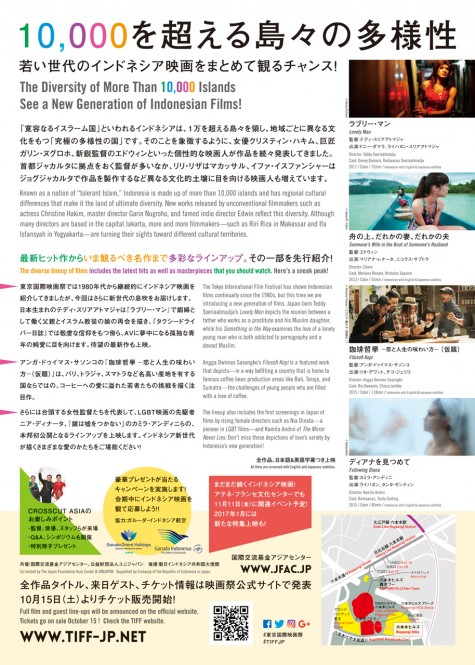