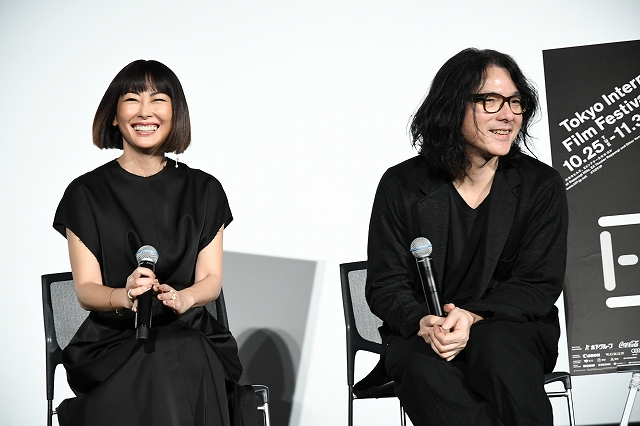 It’s hard to believe that it has been more than 20 years since Shunji Iwai unveiled his romantic masterpiece, Love Letter, in 1995. Set in Kobe and snowy Hokkaido, the widely hailed film drew instant fans across Japan and the rest of Asia for the audacious way Iwai depicted an epistolary relationship between two women who never meet, with unforgettable characters and swooping, swirling camerawork that gave birth to a new era of cinematic magic.

In the film, Hiroko Watanabe (Miho Nakayama) cannot overcome her tremendous grief, even though it has been two years since the death of Itsuki Fujii, her fiancé. Hoping to alleviate some of her sadness, Hiroko sends a letter to Itsuki’s old address in his Hokkaido hometown. To her surprise, Itsuki answers the letter and the two go on to deepen their relationship through ensuing letters. For most of the film, Hiroko believes it is truly her fiancé who is responding. But the audience knows her letters were delivered to a woman who has the same name as Hiroko’s fiancé, and this female Itsuki Fujii (also played by Nakayama) was so intrigued by the letter, that she continues the exchange.

The women’s strange but captivating correspondence has proven to be enduringly popular not only in Asia, but in the West, where the film was released under the title When I Close My Eyes.

“I can’t quite believe it’s already been 21 years since we shot the film in Otaru, Hokkaido,” noted Iwai at a talk session following TIFF’s sold-out screening of Love Letter on October 28. Iwai is this year’s Japan Now Director in Focus, and he was appearing with his leading lady, Miho Nakayama and Japan Now programing adviser Kohei Ando.

Ando could not conceal his deep affection for Iwai’s first feature, and described how he felt that the film “was the work of an auteur, not a freshman filmmaker.” Speaking about the film’s approach to lost memories, he said: “We always write our own diary in our memory, but in fact there are innumerable memories that one cannot even know.” Iwai said, “That’s exactly what I hope to depict. The beginning is like a mystery, a film that follows a memory, and there is a kind of climax when the mystery is unveiled. Surprisingly though, once the secret box is opened, [many other] memories start falling like rain. That’s how reality is.”

Nakayama, who played both leads in the film, recalled, “I was really a bit concerned about whether I would be able to differentiate the roles. I suggested changing one of the character’s hairstyles, at least. But the director said, ‘Don’t,’ and I felt even more concerned. But once we started shooting, I felt more confident.”

Admitted Iwai, “I wanted her to create internal differences between the characters. I was a young filmmaker, but a really demanding one.” Ando asked Nakayama she approached the two different roles, although with similar personas. “I created the characters based on my interpretation from the book,” replied Nakayama. “I didn’t receive so much detailed direction from the director as far as how I would play the roles.”

The discussion took a philosophical turn when Ando mentioned a poem by Shuji Terayama: “At the instance when time has stopped, one is left alone while time and memory go ahead.” In the film, both Hiroko and Itsuki seek lost time and memories, but only begin to retrieve them when their correspondence begins.

Ando asked Iwai whether he had been inspired by “Remembrance of Things Past” by Marcel Proust, which makes an appearance in the film. Said Iwai, “I don’t think Proust was a direct influence, because I had tried as a student to read the book, but gave up in the middle. I guess Proust was one foundation, though, since it’s a story about memory.”

Nakayama revealed that Iwai himself had created the drawing of her in the final scene, when the character of Itsuki is shown the back of an old schoolbook (Proust’s chef-d’oeuvre) and understands, at long last, that her classmate had been in love with her.

Given that the film was screened in the largest theater at Roppongi Hills, a testament to the the work’s enduring allure, Ando could not help winding up the session by saying that Love Letter is “one of the best Japanese films of all time, along with Kurosawa’s Seven Samurai (54) and Ozu’s Tokyo Story (53).”

During a final photo call, someone yelled from the crowd: “Ogenki desu ka? (How are you doing?),” a reference to a turning point in the film. “Watashi wa genki desu! (I’m very well!)” answered Nakayama, to wild applause. There is really no better proof of the timeless popularity of Iwai’s masterpiece.